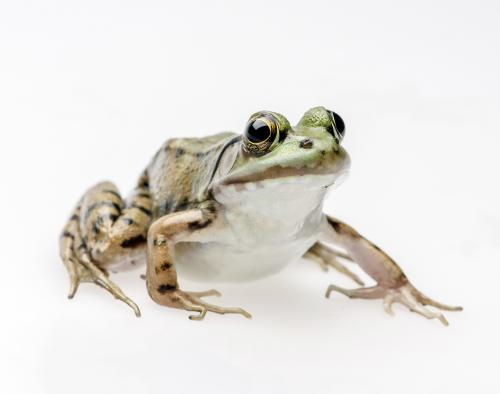 The amphibians and reptiles are normally treated together as herpetofauna, although they represent two different vertebrate classes with distinct characteristics and habitat requirements. There are twenty-five species recorded from Nova Scotia, including three marine turtles.

Your Museum of Natural History has plenty of ways to keep learning anytime, at home or on the go, through our online activities, exhibits and videos.

For over a decade years, osprey have been returning to build a summer home on a platform constructed by Nova Scotia Power. Through this video stream, viewers may have the opportunity to watch nest building, egg laying, incubation, hatching, and feeding and fledging of the osprey chicks. Please keep in mind that the camera is to observe these wild birds in their natural environment.

Both the specialist researcher and the ordinary reader will find something of interest in the list of museum publications.

The Serpent Chronologies, Sea Serpents and other Marine Creatures from Nova Scotia’s History is an annotated, systematic, account of reports of sightings of large serpents and other mysterious creatures recorded in Nova Scotia waters. These include Mi’kmaw petroglyphs, elements of captured oral history and documents excerpted from both the popular press as well as the scientific literature over the centuries.

The Natural History of Nova Scotia Vol. I & Vol. II

The Natural History of Nova Scotia takes an ecological or naturalist's approach to understanding our environment.  It is intended to provide a framework in which the significant natural history resources of the province can be understood, managed and interpreted.

Volume I of the Natural History of Nova Scotia, Topics and Habitats, provides a description of the nonliving and living elements of the natural environment of the province.

In Volume II, Theme Regions, the relationships between these elements are described as they actually occur in the landscape.